Last week passed under the ACT4Impact slogan. As part of an international exchange of the Erasmus+ eponymous project, social entrepreneurs from Germany, Ukraine and Croatia gathered in the town of Krizevci to share their experiences and put their ideas into practice.

“It was interesting to talk to entrepreneurs from different countries, those where, like in Ukraine, the social enterprise is just beginning to develop, as well as those who have been engaged in it for several years already”, says Oleksandr, the exchange participant.

During the trainings, future social entrepreneurs defined the vision and mission of their project, formulated a business model using the Canvas method, conducted a stakeholder with SWOT analysis, and wrote an Elevator Pitch to talk about their idea. “I did not know before how to use SWOT analysis and what it can give to a business. Our teacher Lucy gave a cool overview of this tool and I figured out how to use it for my project”, says Kyrylo, the ACT4Impact participant.

The participants’ ideas attracted the Laudato TV journalists and they went to Zagreb to share them in the studio. “The most interesting was the tour to the TV channel office. We saw what usually stays behind the scenes: the setting of scenery and the preparation of the studio for work, the dressing rooms and the assembly rooms”, said Anastasiya, the project participant. 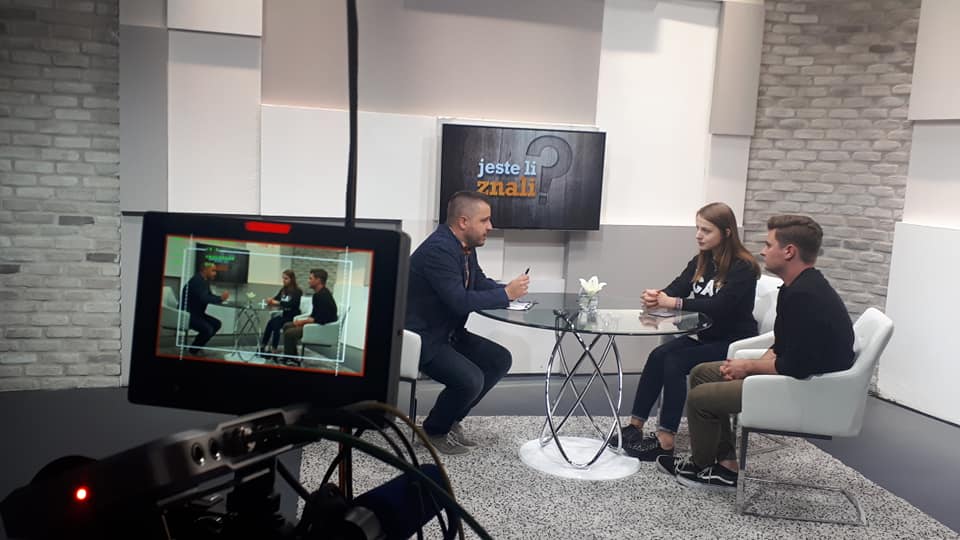 The program also included a tour to Impact Hub Zagreb and networking with social entrepreneurs in Mariapoli Faro. But most of all, the participants were looking forward to a tour to the Hedona Chocolate Factory, one of the first social enterprises in Croatia to employ people with disabilities. “All profits are reinvested into creation of new  jobs as well as training and motivation of employees”, said Peter Gastrich, the founder of the company. 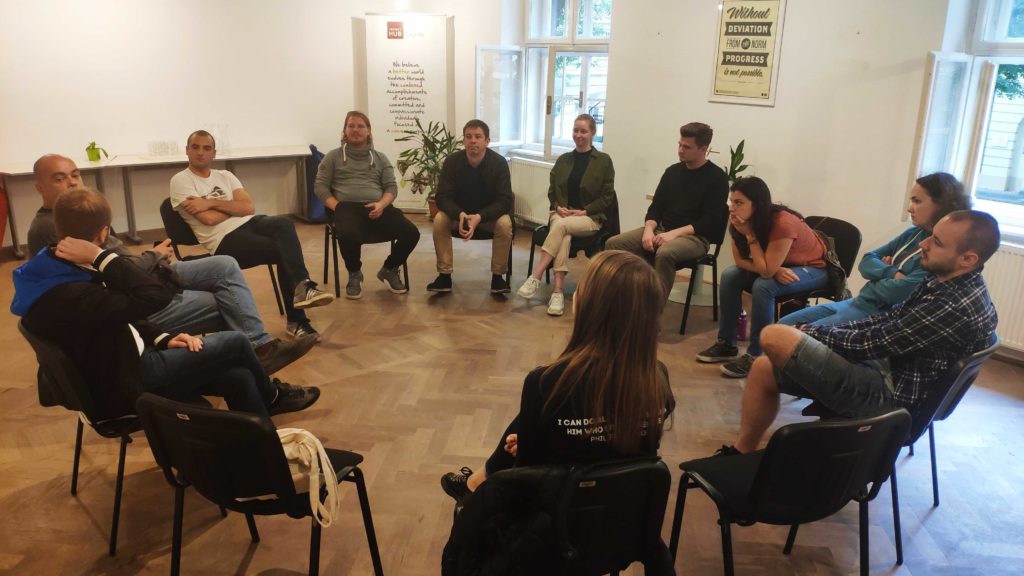 Hedona currently employs 19 people, 9 of whom have disabilities, they produce about 900 chocolate bars per day. The factory specializes in the production of corporate gifts, you can find its products in luxurious hotels, offices of large corporations and even in the office of the President of Croatia. “It was a living case, on the example of which we saw how to use the tools we learned”, says Kyrylo. At the end of the visit, the participants tasted the products of the factory and decided which of the 10 types of chocolate pralines they like the most. 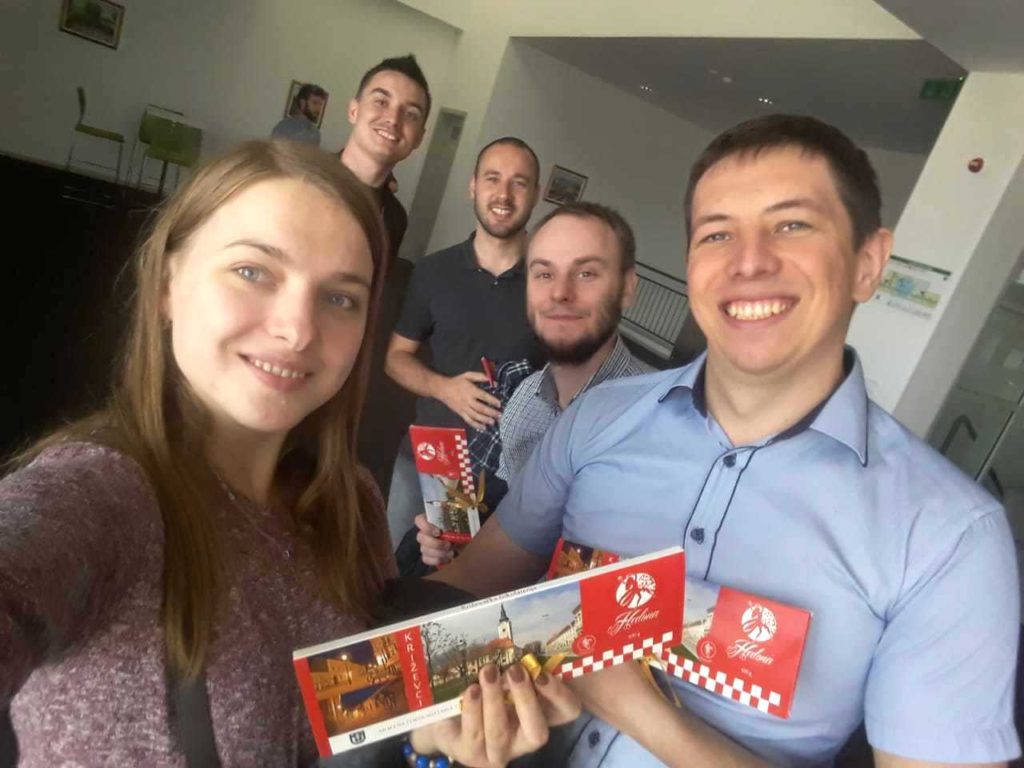 The program was completed by a PechaKucha Nignt presentation party where the participants presented their ideas in a special PechaKucha format. The most difficult thing about it is that the speaker needs to speak briefly about his idea, using 20 slides shown at 20-second intervals. “I have an experience in preparing presentations, but the Pecha Kucha format was something new for me. The need to keep within a limited time frame motivates to formulate your idea clearly, accurately and consistently. I’m sure it will come in handy for me in future”, says Oleksandr, the exchange participant. 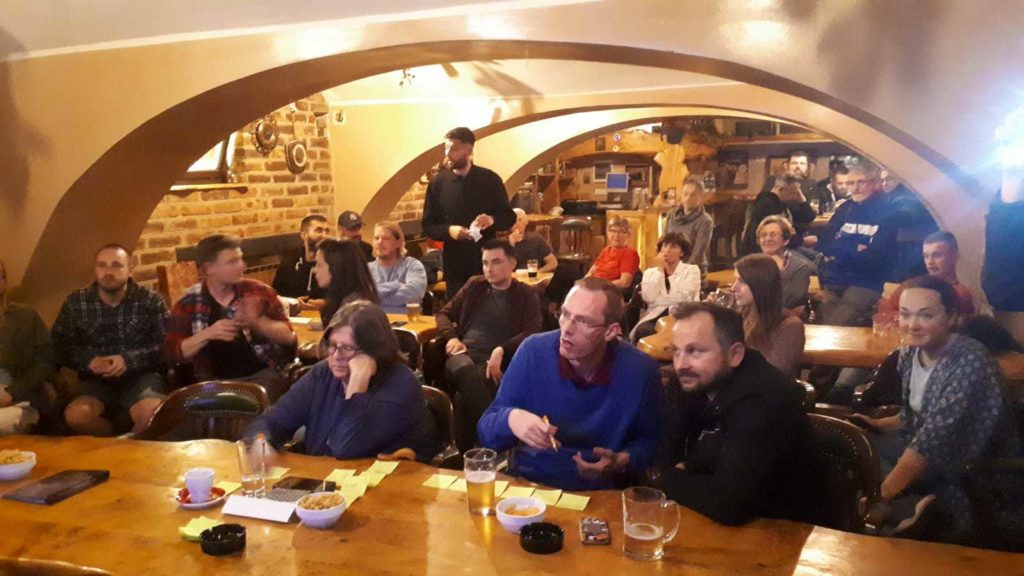 “It was interesting to see how the ideas of the participants were becoming more structured, at the final pitching they professionally presented their own business solutions to social problems. This exchange not only helped to understand what is to be done in order to start a social enterprise, it also allowed the entrepreneurs from different countries to share ideas and experiences”, sums up Yulia Luta, the program manager. Also within the ACT4Impact program, each partner country is working on the creation of an online platform and a practical guide for social entrepreneurs. After all, acting and changing the world together is much easier.